This Spring my camera died.

Just when nature started to wake up from a long winter, just when the sun started to warm up the land and the flowers started to burst with colour and drama, my FUJI XT2 failed me.

More specifically, my camera batteries stopped working. It didn’t make sense. I never had trouble with batteries before. But now, just as I would set up another macro shot of a tulip or daffodil, my camera would shut down.

I was only getting 10 or so images to a charge. It was mystifying. At first, I thought it was just that particular battery. I always have two for these moments so I switched it out with a fully charged battery.

The same thing happened. Ten to fifteen pictures in, my camera would stop working. It got to the point where I wouldn’t leave the house without both batteries, even if I was just going to take a couple of shots. Forget about shooting video.

I’m a pretty good problem solver so I went online to see if anyone ever had a similar problem. Now the FUIJI XT2 is known for not having great battery life but I knew that when I bought it. Because it is a mirrorless camera vs a DSLR, the XT2 only gets on average 340 images per battery charge. The Canon professional cameras typically get 900. This was a serious consideration for me as I planned to use the camera for travel.

But it came highly recommended by people I respect so I figured it was worth the risk. Back online I learned that there were many tricks to save power with the FUJI including,

I tried them all and still, my batteries wouldn’t last. My frustration and anger were increasing each time I had to shut down my creative impulse and wait for my camera batteries to recharge.

But then I thought, even though they are only 2 years old, maybe my batteries have run their course. Not wanting to risk faulty third party batteries, I invested in two new FUJI batteries for around two hundred dollars. I charged them up, headed out to shoot and once again, ten to fifteen images in, my camera died.

I started freaking out. Even if I don’t shoot every day, not having a working camera was unnerving. I’ve been shooting for 35 years. I have always had a camera by my side. And not just any recording device like a smartphone. I actually feel lost without a “real” camera. It’s my primary source of creativity. It would be like a writer not having pen or pencil.

But my biggest worry was that I had chosen the wrong camera.

Life presents many challenges to creativity. By 2015, was shooting less and less, and I had lost what I call my mojo or my inspiration. My real camera, a Canon 5D Mark ii was gathering dust in my studio. Every time I thought to take it out, it seemed like overkill. It was too big and cumbersome. When we travelled, it required its own personal bag.

I decided I needed something smaller and lightweight. Something to suit my new life. Since the 90s, I have been a Canon person. I liked how they were set up. Unlike Nikon, they made sense to me. All the buttons were in the right place. But by 2018 my Mark ii was getting long in the tooth.

I knew I couldn’t justify the expense of the next level up (Mark iii or even the iv) and the smaller Canon cameras lacked the features I wanted. So with great sadness, I took my Canon and all my lenses into the store and traded them in for the FUJI XT2. I figured with a smaller, mirrorless camera, I would use it more. I knew that with a camera I could just leave in my day bag, I would feel more inspired to take more thoughtful, creative shots, rather than the snaps I had gotten used to with my smartphone.

And it worked. My desire to shoot grew every day. I even dusted off my studio equipment and got back to work indoors during the colder months. Working in the studio was not without its hiccups. I was starting from ground zero again, new camera, new systems. I wasn’t even sure if it would work with my old lights. I wasn’t sure I could shoot tethered. I spent a lot of time just learning how the new camera worked. But I didn’t mind.

Playing around in the studio is one of my favourite things and one day over the winter I decided it would be great if I could shoot remotely or trigger the camera without having to touch it. This is very valuable as touching the camera during long exposures can cause camera shake and fuzzy images.

Low and behold I learned that FUJI had an app for just that task. Theoretically, the app allows you to not only send images from your camera to your phone (in case you want to share them immediately) but also, to remotely trigger the camera. I downloaded the app, set up the FUJI specific wifi connection and pushed lots of keys. I read the manuals, followed the instructions, but I never succeeded in getting it to work. I felt totally stupid. Other people seem to make it work. All the Fuji techs I talked to had no problem. But further research revealed that,

The Fuji Camera Remote app has a rating of 1.5 stars on iTunes, which shows how bad it really is.

In the end, I gave up. I was spending more time trying to make it work than actually enjoying the craft of taking pictures.

For a couple of months I was busy with other projects and it was when I went back to my camera in the Spring that I discovered my batteries weren’t working anymore. After all online research was exhausted, I asked my husband to take the camera back to the place I purchased it to see if they could figure out the problem or maybe send it to Fuji for repairs if need be.

As it turned out, they found nothing wrong with either the camera or the batteries. Everything was working fine. Again, cue the feelings of total stupidity and frustration. But my husband had an idea. He is not a photographer. His career has been in Information Technology. He has spent 25 plus years getting computing devices to talk to each other.

When he got back, we started asking different questions. What was the one thing that was different when he took the camera to the dealer? I wasn’t with him, nor was my phone. What is something that will wear out a battery super quick?

His solution? Delete the Fuji app from my phone. Once the app was deleted, not just turned off but actually deleted, my camera batteries started to work normally again. Like literally, in the next second.

Our theory was that even when the app was off, lying dormant on my phone, it was still trying to communicate with my camera via wifi, in the background, like some demented robot. And that was wearing down the camera battery.

My relief and joy when this problem got solved were immense.

My camera and I were on the same page and the creative juices started to flow again. 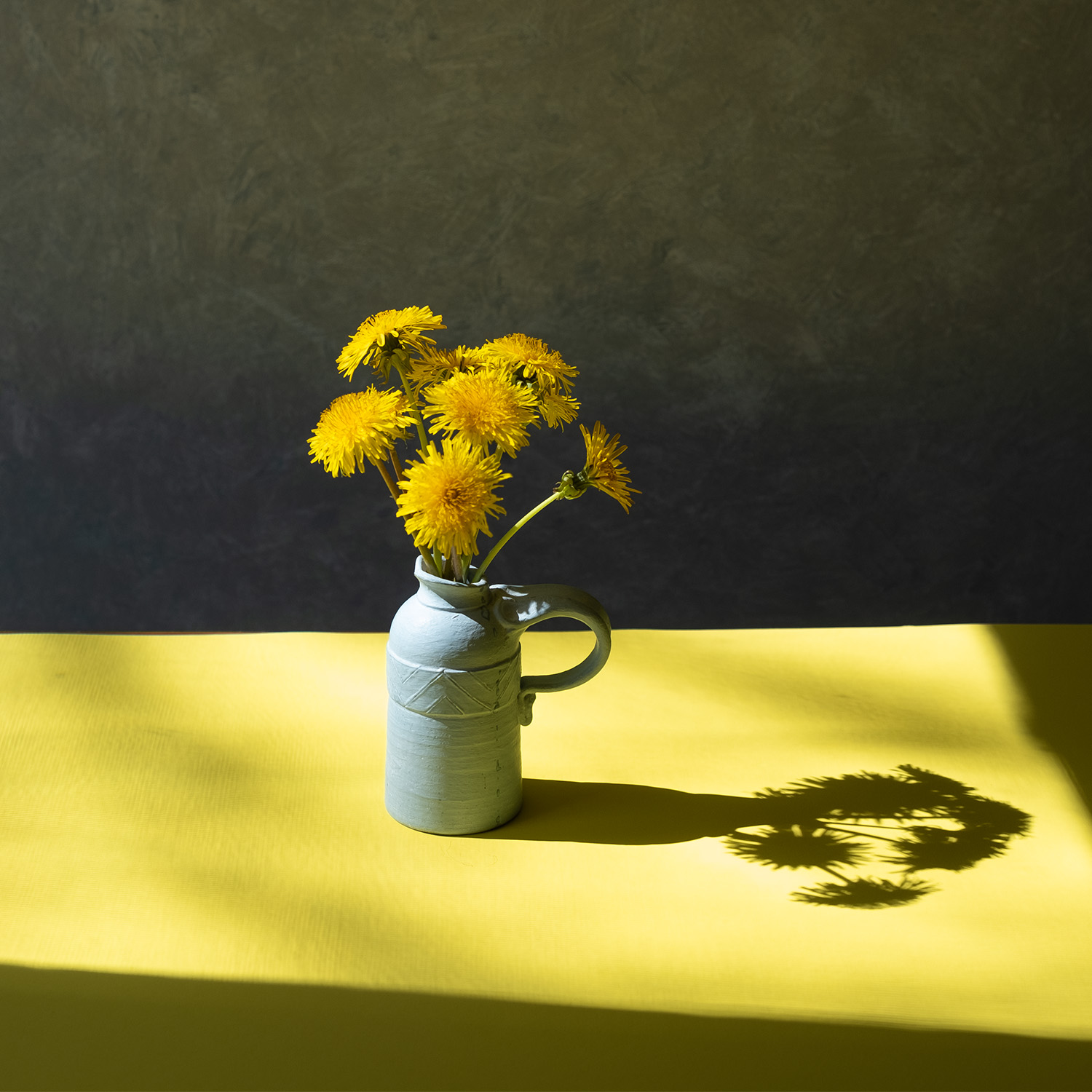 And what did I learn from this experience? Technology is not always a friend of creativity. Remember when your camera battery lasted years, not days? Cameras have become computers and computers have become cameras. When your needs are simple, like capturing a group selfie of your friends, a smartphone is all you need. But when you want to stretch that creative muscle and play with the ideas in your head, technology often just gets in the way.

I am certainly not against new technology for cameras and the studio. If I was, I would still be shooting film with a Pentax K1000. But perhaps we need to keep things simple. I shouldn’t need a computer science degree to make everything work. I really don’t want to spend hours understanding how digital science works. I would rather spend hours shooting.

And perhaps, a big multinational corporation like FUJI could put more time and effort into developing an app that works for photographers and not against them.

Why You Need to Scan Your Negatives and Slides Now

How to Ruthlessly Edit Your Photos

The Tiger Lily - not native to Ontario but not inv

In my latest article for @arts_help, I discuss the

In my second article for Arts Help, I discovered a

Beach glass that reminds me of the sun. #greatlak

I recently started writing for an amazing group ca

All the glorious blossom of the European Horse Che

Strange things that you find on the beach. Golf ba

Ah, the season of unpredictable weather. Still, I'

Maple tree buds and 15cm of snow. Not my preferred

'Tis the season for Mallards to be out and about.

I can't resist flower photography. I have soooo ma

I know I planted this lovely Spring flower but I c

I love a bold magnolia tree even if it's not nativ