How Safe is the Cloud?

Recently, when I have encouraged my friends to back up their smart phone images to the cloud I have met resistance. They are suspicious of this “cloud” thing. They don’t think their images will be secure. This resistance to the cloud could be the result of two things. News coverage of celebrities having their accounts hacked and a lack of understanding of what the cloud is and how it works.

First let’s address this ridiculous word “cloud”.  A friend recently admitted that she couldn’t wrap her mind around this esoteric concept of her images floating around in space. The word doesn’t sell the concept very well. Even the origins of the use of the word are a bit vague. Essentially, the use of the word is the result of computer technicians trying to visually express what the “internet” would look like. 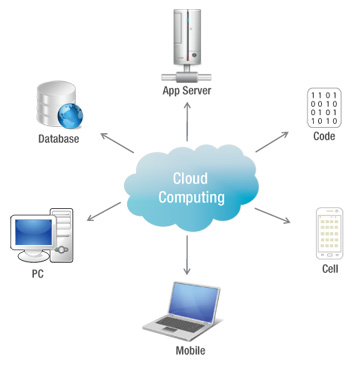 gain mainstream use until the late 90s with the advent of Salesforce and Amazon Web Services.(1)

So the “cloud” means the internet. But where are your images actually stored?

Simply put, when you save your images to the cloud, you use the internet to upload your images to a large room full of computers or servers. Those servers could be located near your home or anywhere a cloud services company such as Google, Amazon, or Apple has server farms or buildings on your continent. These servers hold thousands of terabytes of data from many companies and individuals around the world. They have incredibly sophisticated encryption and back up systems. They are many times more secure than your computer at home. Meaning, having your images stored on an offsite server would mean they would be very secure.

But what if those servers get hacked?

The famous story from 2014 where Apple was “hacked” and Jennifer Lawrence’s personal images were splashed around social media is still prominent in people’s minds. But the industry is addressing this issue.

Apple has stated that they were not hacked but that the accounts were accessed through a process called phishing whereby people are tricked into giving up their passwords via an email scam. In other words, a lack of understanding by the user is what allowed their security to be breached. Which brings us to the essential point.

So when it comes to protecting your images, the cloud is just one of a few solutions. As they say, best not to store all your apples in one basket. We go into this in more detail in this article.

As for the cloud and anything else on the internet, the user must take some responsibility for the security of their data. Understanding the protocols of the cloud services company you use is essential. Yes, once your data is uploaded it is encrypted. But every company uses different standards for how that data is then stored and who has access to it. And simply put, what is free has the least security protocols.

Google and Apple both allow you to personalize your security settings. Amazon Web Services probably has the most customizable services but they will cost a bit more. Most importantly, almost every service now has two-factor authentication and I strongly urge you to set this up on your online accounts like Apple and Google. Two-factor authentication means you sign in with a strong password (not your birthday or your dog’s name) and then you enter a time sensitive number that is sent to your cell phone. It sounds a bit cumbersome but it guarantees that if someone steals your password, they still can’t access your account. And don’t trust any “official looking” emails asking for your passwords!

Insurance companies exist because of fear; fear of the worst case scenario. The question comes down to, how important are your photos to you? When given evacuation notices, one of the things people grab first are their photos. Everything can be replaced except memories.

I’m a photographer. My work is in my photos. But so is my life. I would hate to lose my images. So, I back up my smart phone and camera to my computer. I then make a duplicate of those images to a separate hard drive. That hard drive is held off site. Finally, I save my images to the cloud. It may seem excessive to some but it is peace of mind to me.

Your choice of provider depends on whether you want to view and share your images or just store them off-site. I created this document, Photo Sharing Overview where you can compare their services.

Why You Need to Scan Your Negatives and Slides Now

How to Ruthlessly Edit Your Photos

I know I planted this lovely Spring flower but I c

I love a bold magnolia tree even if it's not nativ

The first crocus are a joy to see. ... #outdoorph

It may have snowed yesterday and -16 wind chill to

I admit to some impatience at this time of year, e

This is World Water Day and to celebrate, a shot o

“It was one of those March days when the sun shi

This shot is of my husband's uncle, Private John P

This hexagon bench that we made looks great any ti

March 2nd and it's less than 3 weeks till Spring.

This image is so fabulous I had to restore it. It

This was our view this time last year. Sigh! "Noug