Are plastic bags really so bad?

This is why you should never buy festive balloons

What To Do With Old Photos

As part of the work I continue to do with my mother to clear out various areas of her house (otherwise known as Death Cleaning by the Swedish), we have started tackling old photo albums. I not talking about the ones she created throughout her married life – the slides and colour prints – that’s for later. I’m talking about the albums from her teenage years and her parents photo albums. The black and white prints arranged in black paper albums with those nifty corner stickers.

It’s been fun going through the old photos and reminiscing about the past, trying to figure out who is who in the pictures, marvelling at the changes to the town, the clothes, the stern faces. Things were so different then but also the same. There were family picnics, family reunions, socializing with friends, gardening. In the album my grandfather put together in the years before The First World War, there was a Great Flood in town – 1913. It was fitting to look at the pictures now as we just went through a weather cycle of potential flooding this winter. Just like in 1913, everyone in town drove out to the edges of the river to see the damage and wonder if it would break over the river banks. Even with the new dyke and bridge, with the right set of circumstances, nature always lets you know that she has the final say.

But what should we do with the photos now that we have reviewed them? What should we keep and what should we discard? My mother and I started with a simple rule. If we didn’t know the person or their connection to our family was too distant, we put them in the discard pile. For the real gems; my grandfather’s first job, portraits, marriages, and the first time driving a car, we will scan them and share them with the rest of the family online. Having a back up archive in the cloud is always a good idea. Those historic images of the town can be donated to the local archives. As for the rest, well, we will leave them in the albums for now. About twenty years ago I helped my grandmother rebuild her photo collection with brand new albums that looked just like the originals. Now, I wouldn’t recommend that. To much work for not enough pay off. Since space is not an issue we can leave the decaying albums on the shelf until the time comes to throw them out as well.

As I mentioned in this post, we take so so many pictures these days. We are in a slightly better position with digital because we are less likely to consume resources by making scrap books and albums. Slideshows and movies are better options with the occasional landscape or portrait being printed. This is good. But what about all of those pictures we took BEFORE digital. My parents already did a purge of all the slides they took as they travelled the world but they still have shelves of printed photo albums. I myself have about 40 albums and scrap books.

Looking through old photographs can be interesting but even as a photographer with my own personal scrap books and albums, I seldom look back at the photos. If I scanned them would I look at them more? Most people are afraid of losing photographs or memories should anything happen to their home. Isn’t that reason enough to spend time archiving and digitizing?

That is a question you have to answer for yourself. At a minimum I would recommend bringing out an album a month and leave it on the coffee table. When people come over or when you are just relaxing on a Sunday you can take a look back. Maybe then you can determine what are the “gems” of your collection that you might want to preserve. Perhaps a family member will really like an image and want a copy. If you do decide to scan them make sure you scan at a high enough resolution (300 dpi, 5×7 minimum) in case someone wants to print the image in future. If you don’t have the time or money to scan, a quick and easy option is to photograph the photograph with your camera or phone. There are a few apps on the market (Photomyne and Google Photo Scan) that are supposed to make this easier for you. I tried them but in the end found that the resolution was not up to my standards.

As for me, I just finished creating an Apple book of our trip to Cuba. It had been on my to do list for over a year. But even as I was paying for the book I realized it was a silly thing to do, that I was still following old habits. From now on I will be making slideshows and videos of our trips. We spend most of our time looking at a screen of sorts, better to access our memories there then waste paper and money on books that will just get dusty on the shelf. I will however, make absolutely sure that our precious memories are backed up in multiple places.

As a final note, I challenge anyone to come up with a way to reuse or recycle photographs. We can send someone to the moon and spend a cazillion dollars on AI or going to Mars but no one has figured out how to keep all those millions of photographs out of land fills. I think I will hold on to my photos. Maybe somebody will figure it out in my lifetime.

During a sunny winter vacation in Miami, we started to see environmental cracks in...
July 13, 2018

How Much Is Enough?

How much do I need to do in my life to have an positive...

The Necessity of Death Cleaning 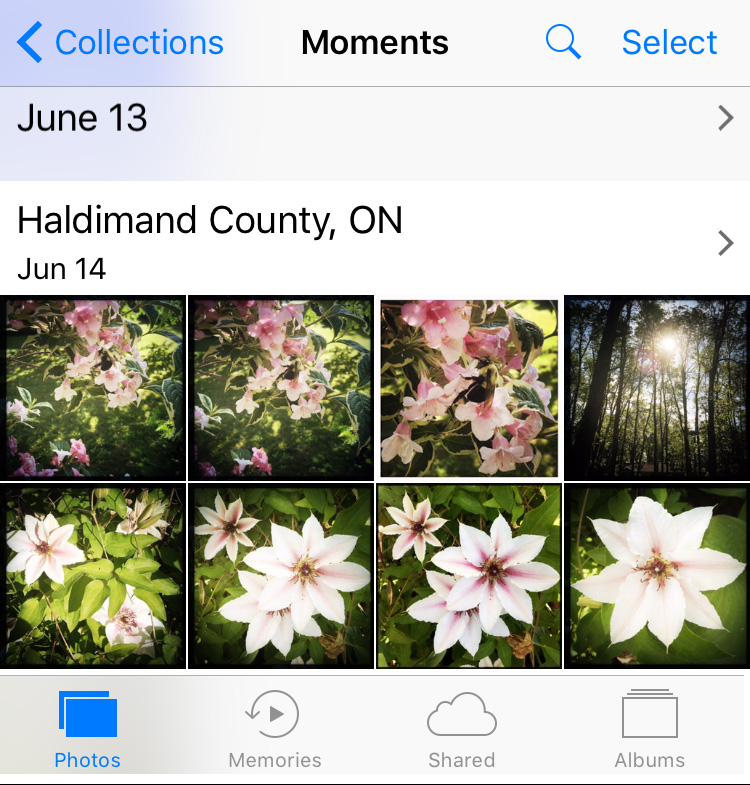 My name is Leni Johnston and I am a photographer and photo organizer. I shoot professional promotional photography and I help people manage their photos. I am also a passionate environmentalist. With my images and my stories I hope to inspire others to not only celebrate the joys of photography but to also join me on a journey to live in balance with the environment. After all, there is no “planet b”.

Sign up for my newsletter which includes my latest blog and other inspirational stories. I promise not to inundate you with emails. I write as often as inspiration and time dictate.

My name is Leni Johnston and I am a photographer, organizer and environmentalist. I shoot promotional photography, help people manage their photos, and coach people on how to live more sustainably. With my images and my stories I hope to inspire others to join me on a journey to live in balance with the environment. After all, there is no “planet b”.